Recently, I went on my own little Amazing Race adventure.  On an audacious whim, I attempted the Coast to Coast Walkway in Auckland.  Quite amazingly, Auckland is straddled by two bodies of water: the South Pacific Ocean on the north and the Tasman Sea on the south.  The extensive walk ducks and weaves between city and country, through natural and built heritage areas, rewarding the participant with some of the best views of the city. 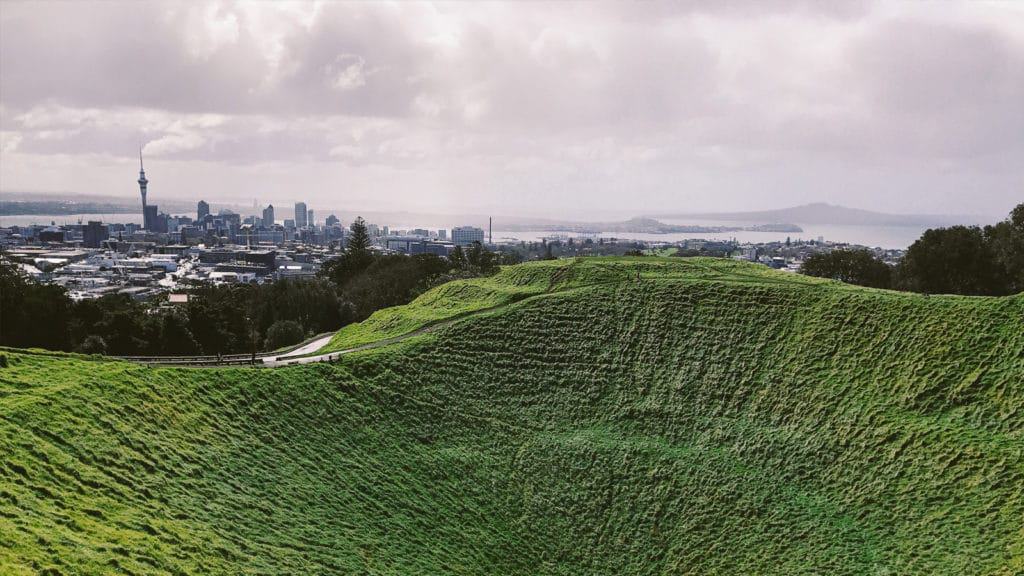 I got lost a lot because I detoured from the set course.  I would see a sign and believe it to mean I was to go one way, but it was really pointing me the other way.  Sometimes I got confused, and other times I just assumed the track had changed.

It reminded me of the path God has set each of one of us.  There is a perfectly designed plan, one that He will reveal at key moments.  Our job is to ever be looking out for His arrows.  Not in a fearful way, dreading we may miss the mark (like I did several times!) and miss out on what He has planned for us.  But in openness and vulnerability to let Him lead.

I found I got most discontent on the track when I didn’t see reassurance that I was on the right path.  At first, I didn’t even have a clue what I was looking for.  When I eventually found the sign, I committed it to memory and forged ahead.

The key rule I came to walk by was: if there’s no sign telling you otherwise Kerry, just keep walking in the same direction.

Isn’t that like our faith?  The crossroads that we think we come upon may just be alternate paths—ones that aren’t for us if we want to go where God wants us to go. We can take them, but they will take us on a detour.

When I came to a crossroads, and there was no marker to be seen, I just believed I was to continue straight, unchanged and unnerved by what the other paths may look like.

At other times, where the path was to change, hello yellow and black sign! I saw the sign and I gladly followed.

Fortunately, in this particularly case, when I did lose track, I just headed in the general direction I knew the path was going, hoping I would pick it up again.  Which I did.  But not before ascending more hills and walking way more terrain.  What was a 16km walk turned into a 24km hike, and my feet and hips were telling me about it!

So what did I learn again?

For me, the end point was a really funky place, but anti-climactic in comparison to the wonders I saw on the way.  The coast was supposed to be the prize, and while lovely, the walk itself was the real trophy, and the lessons learned, the crown.

We acknowledge the traditional custodians of the land on which Civic Church is located, the Jarowair and Giabal people, and the Western Wakka Wakka language. We give respect to elders past, present and emerging.

Civic Group Australia Limited (CH2342) is a registered charity, for the purpose of the collection of funds from the public in Queensland.